So I have been gagging to build one of these for ages. Thanks to alot of my friends and family I was lucky enough to win a Weber Smokey Joe. I trawled the websites looking for a suitable pot for the build but they are not easily available in the UK. Most people go with a Vascona or an Imusa 32 Quart tamale pot Unfortunately we dont have the tamale eating populace in this part of the world. Someone did find a pot for about £12 called a Sonex Pot, the No 6 - 28L is the one you want. Its made in India, and for love or money I have not been able to source it in the UK. As a result I managed to source a pot on Amazon USA that they would send to me for next to nothing (£7). Over a year of usage and the Weber Joe legs have started to give way due to the weight of the pot, 5-7kg shoulders and charcoal. So I have upgraded the legs using the ProQ Replacement legs for £12.

BBQ by Cuan Brown at 01:53 4 comments: Link to this smokin article

Four years of competitive BBQ has changed our approach to BBQ.  It’s been a deep journey through Kansas City style BBQ, which really got going when we visited KC for the Royal back in 2010.  But more than a decade ago, it was pictures of the pits, briskets and ribs in Lockhart, Texas which got me cooking and first inspired my obsession with BBQ.

So this year, when I was sent to Houston for a conference with work, I took the chance to spend a few days in Austin afterwards, and convinced Cuan to join me out there for a BBQ Fanatics pilgrimage to Texas!

What a weekend.  It feels like we’ve been trying for every year of those 3 years we’ve been at this, but we finally brought home the bacon. 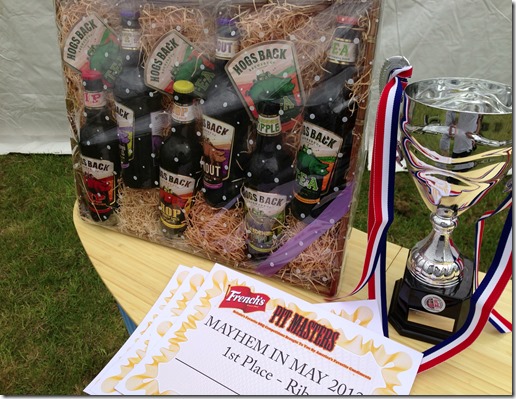 Tuck into the rest >>
BBQ by Ben Cops at 10:49 No comments: Link to this smokin article

While all our other BBQs have teltrus installed, the 22.5” WSM didn’t because the provided thermometer in the lid seemed to work fine.  However, recently its been showing 150F when its cold and ended up about 30 degrees out most of the time so it was time to swap it out. 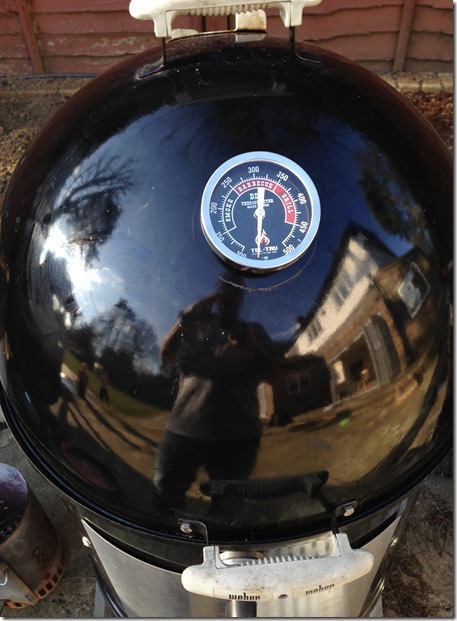 Ben recently purchased 1/2 a pig from our very own sponsors Westlands Rare Breeds (Paul Robbinson & family). He was fortunate enough to spend a morning with the butcher as he carved up the carcas. Ben filmed the butchers knot, which is an art in itself. If you ever wondered how to do this and make your own pork/chicken/lamb rolls - watch carefully, its not as hard as you think. 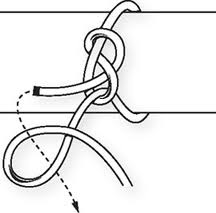 BBQ by Cuan Brown at 03:45 No comments: Link to this smokin article

Pastrami is a prepared meat that I have always really enjoyed and fell in love with at Katz Deli in NY, succulent, served with pickles and mustard on rye bread. I had a few pieces of brisket point left over from a competition. This does take a few days to prepare, but is well worth the effort. 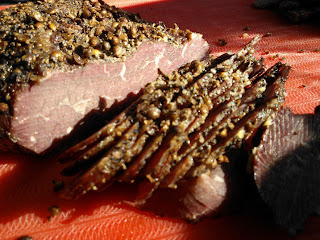 Tuck into the rest >>
BBQ by Cuan Brown at 10:47 2 comments: Link to this smokin article

John Finch and his crew put on a fantastic event, which was won by our very good friends "Bunch of Swines". BBQ Fanatics (ably supported by Kev "Hot Wing" Brown) finished a very respectable 4th overall and placed 3rd in Pork & Ribs categories. A great video to get a taste for the Bristol (and soon to be London ) based music, blues and BBQ festival.

BBQ by Cuan Brown at 08:35 No comments: Link to this smokin article