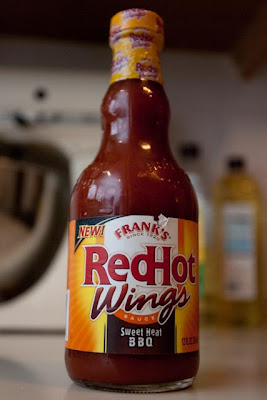 Cuan got one of his relatives to smuggle this new sauce from Franks through customs and gave me the recipe for the wings sans Weber. Its not BBQ but it tastes like BBQ, all good given the torrential rain and early nights.


I've never oven baked wings like this before. Usually I would marinate them in lemon juice, salt, pepper, garlic, olive oil and then roast them.


Instead, they were dry coated in a mixture of flour, salt, pepper, garlic granules and lightly floured in that lot, and left all afternoon. Then baked and then placed under a hot grill. Then sauced.


Here’s the wings getting floured. 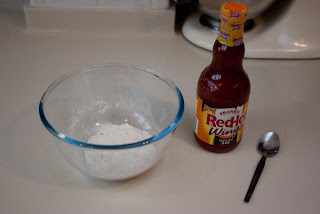 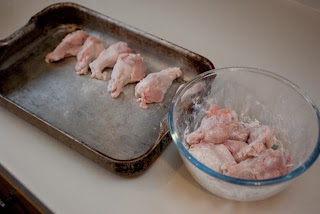 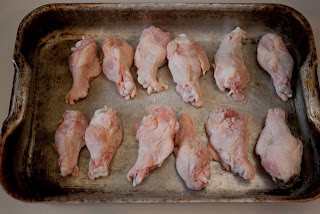 I wanted chips, as usual, so here's some maris pipers cut thin-ish, and run under the tap for a while to rinse off some of the starch 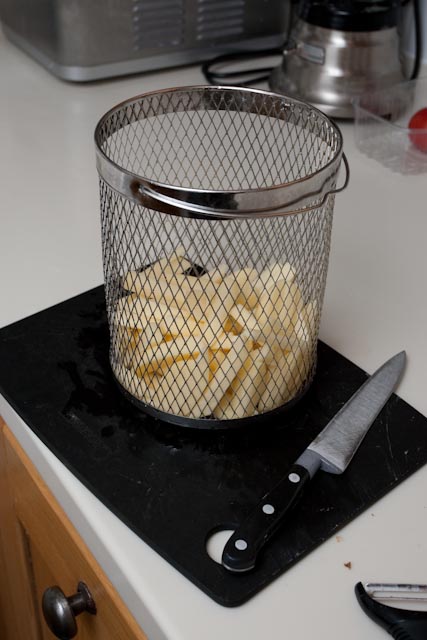 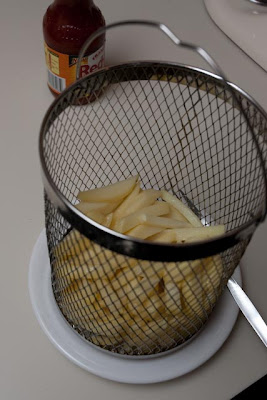 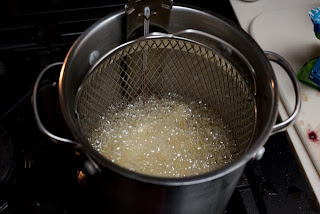 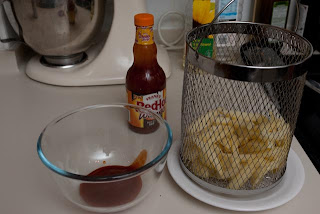 The wings themselves had been roasted in an oven at 200C for 15 minutes here. The flour coating mixes with the chicken fat and makes a kind of crust which we'll BURN later to make it taste a bit like BBQ. 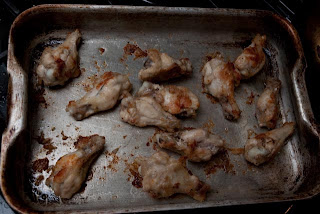 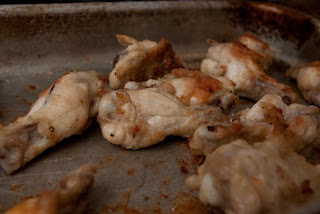 Chips need to go back in for fry 2 of 3. 200C for chips, marked "CHIPS" on my sugar thermometer 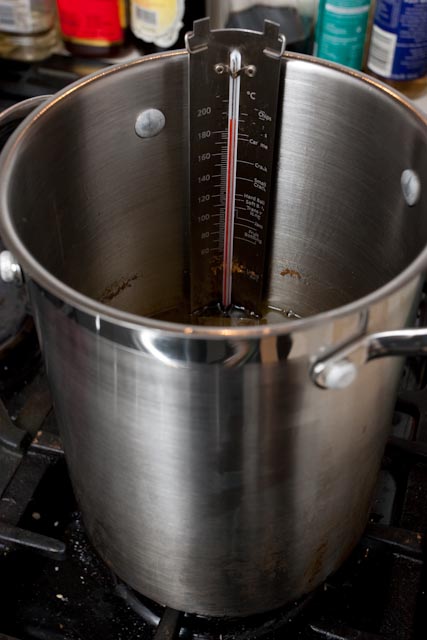 I always cook chips in an asparagus steamer.
After 25 minutes the wings come out and go under a very hot grill for 5 minutes to burn the skin and crust a bit. This makes up somewhat for the lack of charcoal and wood 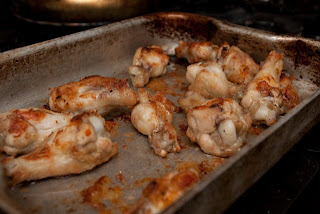 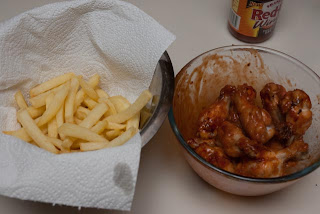 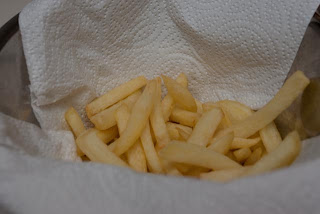 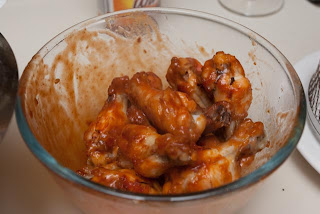 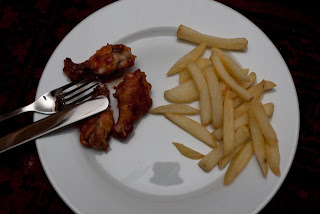 I ate it all.
Verdict


The sauce is, as Cuan said, a BBQ sauce with the franks edge. In fact it reminds me a bit of the Jardine's spicy ketchup (with the Franks edge rather than the sour, pepper edge of Jardines). Its damn tasty and the run off from coating the wings I used in place of ketchup for the chips. I ate all the sauce that came out of the bottle today.

After finishing all the wings and all the sauce, it is a bit sweet and once my palette got used to the heat and pepper reminded me a bit of those sour, tamarindy Indian starters you sometimes get. Its a different beast to the normal franks + butter wings combo which is a lot hotter and franksier. This is a lot sweeter but still as addictive. I likes it. 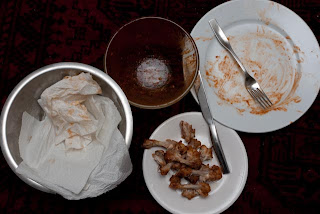