Cuan might, but I will not BBQ in December in the snow.  Actually I have BBQed in March in the snow and  I've BBQed calçots  in February which was cold but not snowing - but 14 hours in front of a smoker in the snow isn't going to happen.
So yesterday I knocked up a batch of "the" sausage sauce, from the river cafe cookbook.  My mate Matt introduced me to this and I've been cooking it ever since.  The only thing you need are the correct sausages, which must be the Italian type.  If you look in your local Italian deli they should have them.  There's usually a choice of chilli, fennel or plain, and all are good for this but the chilli ones are the best.  Yesterday they only had the plain ones; 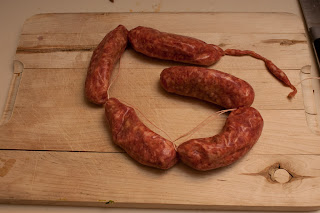 They come packed in a bit of liquid usually and if they're kept out they dry out a bit - these ones seemed a bit dry but that's all to the good for this sauce.


The recipe is quite simple.  Crumble the sausage up and fry over a medium heat until the fat runs. 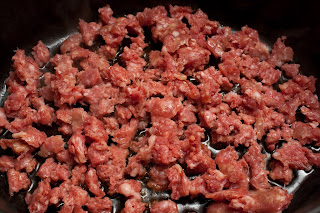 Then add 2 small red onions chopped, a shake of chilli flakes (if the sausages aren't the spicy ones),  4-5 cloves of garlic sliced fine and a bay leave. 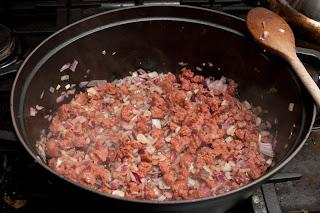 Cook over a low heat for 30 minutes. 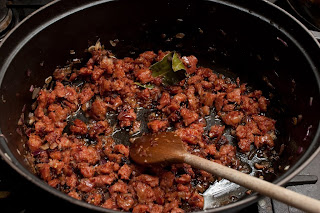 Then chuck in a third of a bottle of red wine and boil hard to reduce the wine down. 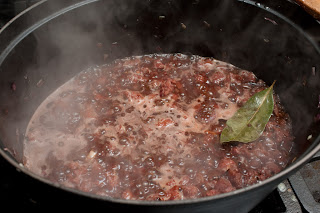 Once the wine has boiled down you should see the clear fat start to show between the remaining wine/sauce. 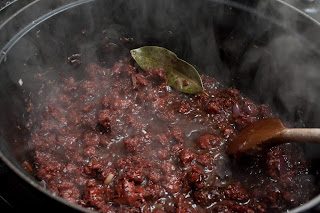 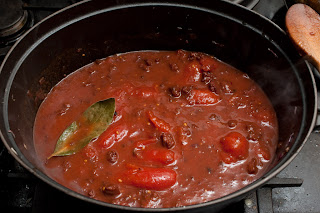 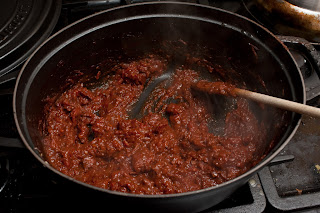 Finish with grated parmesan, fresh nutmeg, pepper and maybe some salt (probably doesn't need it with the sausages being seasoned and the parmesan).  A couple of tablespoons of cream now is a worthy addition but not required.  Stir into your chosen pasta. 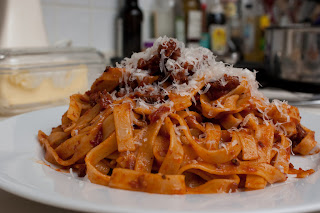