The ProQ and a Pork Shoulder

A new year and a new approach, time to toss the Brinkman (AKA El Cheapo Brinkman smoker) that was modded and rusted to bits. Its always a tough choice, but basically it boiled down to charcoal, electric or gas. Based on previous experiences, I wasnt overly keen on electric, and gas is, well cheating. As a result, it had to be charcoal. The choice of smokers is vast (from the $70 Brinkman to the $2000 offset smoker). However, by sheer chance I stumbled across the ProQ Excel 20. Based on a hail Mary and a great price from Ebay (speak to Tony from British BBQ Society). It arrived 2 days later and what can I say... Its HEAVY HEAVY HEAVY ... A really good sign! 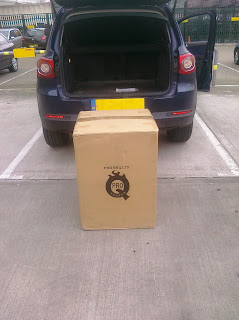 After getting home, I immediately unpacked the new baby and discovered it was some seriously heavy guage steel and extremely high build quality. Assembly was relatively trivial, attached the the re-inforced legs to the base unit (x3), attach each of the extension units which are held in place by a pair of metal clips. The extension rings fit quite snugly into each other, creating a solid (and more importantly smoke tight) seal. Each of the extension rings comes complete with a little silver metal door, whilst not completely airtight, is still good enough for smoking. As can be seen from the picture below, the lid has a thermometer fitted to the lid. 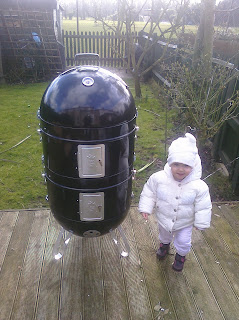 I fired up the smoker, using the minion method. The heat quickly climbed to 200F, and then rapidly dropped to 150F. It was only after about 2 hours, I realised that the wind was probably the cause of the low temp's. I removed the 2nd extension unit, making the unit smaller. The temps rapidly shot up to 300F, I shut the airflow down and the temps came down to 250F and stayed there for the next 7 hours. I then stoked up the coals at 9hrs, and went to the bar for a few beers, I cam back on the 12 hr mark to find the temps stuck @ 250F. What can I say, a fantastic smoker. As a result my first pork shoulder was a complete success 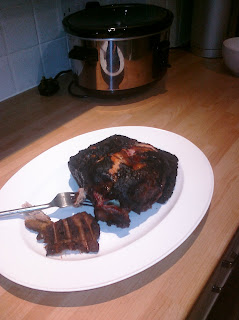 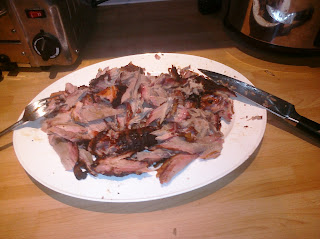 Pro's - Cutdown prices! because ProQ has gone bankrupt (Correction: ProQ USA went bankrupt, official dealers/suppliers in UK still exist as can be seen below). Either way, you can save £100 by hunting online, this will however mean you have issues with warranty later on. Overall excellent build quality and a great product.

Con's - Extension ring doors arent to the same quality as the rest of the unit. The water unit showed a few spots of rust after the first smoking, even though the water was removed immediately after smoking and cleaned.