Photos from the American Royal

My photos from the American Royal are now on Flickr.  Enjoy! 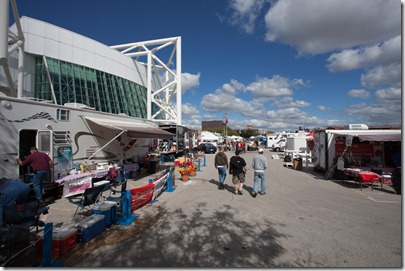 Email ThisBlogThis!Share to TwitterShare to FacebookShare to Pinterest
Labels: Competitions 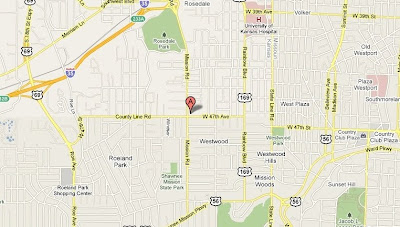 Just off the south bound I35 running out of Kansas City you’ll find an unassuming petrol station. If you don’t need to stop for fuel, you’d drive right by.   This green and white, no name fuel station sitting on 3002 W 47th Avenue, gives away its true treasures by the faint whiff of smoke, a parking lot filled with a cross section of society (RV’s, 4x4 and bankers beamers) and at lunch, a queue all the way out the front door. We found a spot, piled out and ambled into the hallowed ground, that is now known as the home of ‘the’ BBQ restaurant, Oklahoma Joe’s BBQ. This hidden gem, was made an international name by the ever popular Chef Anthony Bourdain in his article "13 Places to Eat Before you Die", published in Mens Health. 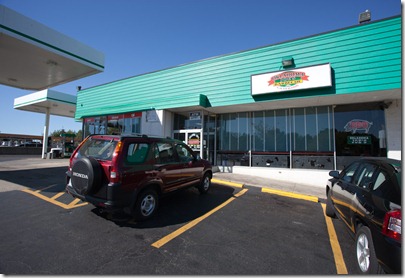 This Mecca for top quality BBQ was born in the 90’s by the Slaughterhouse 5 BBQ team, namely Jeff & Joy Stehney and Joe Davidson (The Joe in Oklahoma Joe’s).  Shortly after, Joe sold up leaving Jeff and his wife to take the reigns.

One of our party had contacted Doug Worgul, head of marketing at Oklahoma Joes and formerly editor at the Kansas City Star (more recently as author of the excellent “Thin Blue Smoke”). Doug met us as we entered the restaurant and we were clearly already overwhelmed by the massive queue, buzz of conversation and intoxicating smell of BBQ.  Doug was kind enough to take time out of his busy day and give the The British BBQ Society team members a personal tour of the restaurant.

The day has finally arrived. Many months of preparation by our intrepid team leader Toby, thousands of emails, phone calls, begging and a borrowing.Stealing and a loaning, the team has their site together, the pits are primed and ready to burn and the nerves are starting to set in.

As a team, the British BBQ team have travelled over 4800 miles to compete in the world famous Royal American BBQ Invitational and Open competition.

The team is made up of Toby Shea, Adie Platts, Steve Heyes, Chris McQuillan, Neil Welsh and our very own Cuan Brown & Ben Cops.

Thus far the team has managed to make a pilgramage to the world famous BBQ restaurant (A guided tour post coming soon) Oaklahoma Joes. Anthony Boudain's top 13 places to eat before you die. 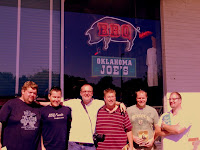 We have visited Kansas City BBQ Shop and stocked up for the cold blightey winters and have scoured Walmart for all its deals. The talking is over, the proof is in the puddin'. Lets get a Cookin'.

Come down and see us we are on Stand 936 and we would love to chat.